See http://qrp-labs.com/receiver - It's been a long time in preparation, but is finally ready! A receiver module to complement the QRP Labs transmitter and signal generator kits. It can be used as an SDR front end, or for WSPR reception, or in your own projects! This is a high performance receiver module with the following features: 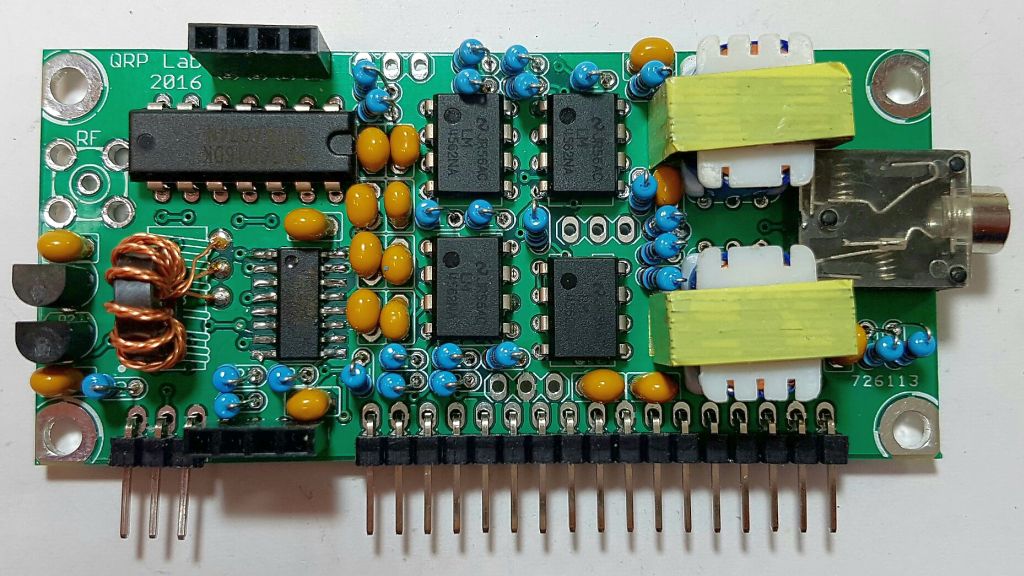 The receiver kit (above) outputs I-Q audio that needs a PC with stereo input soundcard to demodulate. An external stereo input USB soundcard could be used but they can be expensive. So this is an optional plug-in kit that complements the new receiver module kit. It can be used to demodulate SSB (cancel the unwanted sideband) when your soundcard is mono input (many laptops and some PCs have mono input soundcards). Alternatively you may wish to construct a standalone receiver project of your own - then this polyphase network can be used to drive an audio amp, for example. LSB or USB demodulation is selectable. See http://qrp-labs.com/polyphase for more details. See http://qrp-labs.com/dummy . A nice shack accessory for testing QRP transmitters etc. This dummy load kit contains two identical PCBs, and 20x 1K 1W resistors which are sandwiched between the PCBs. It has a BNC output connector. The kit also includes a simple RF detector. You can connect a DVM to the detector to get some idea of power output. An example calibration curve is provided. 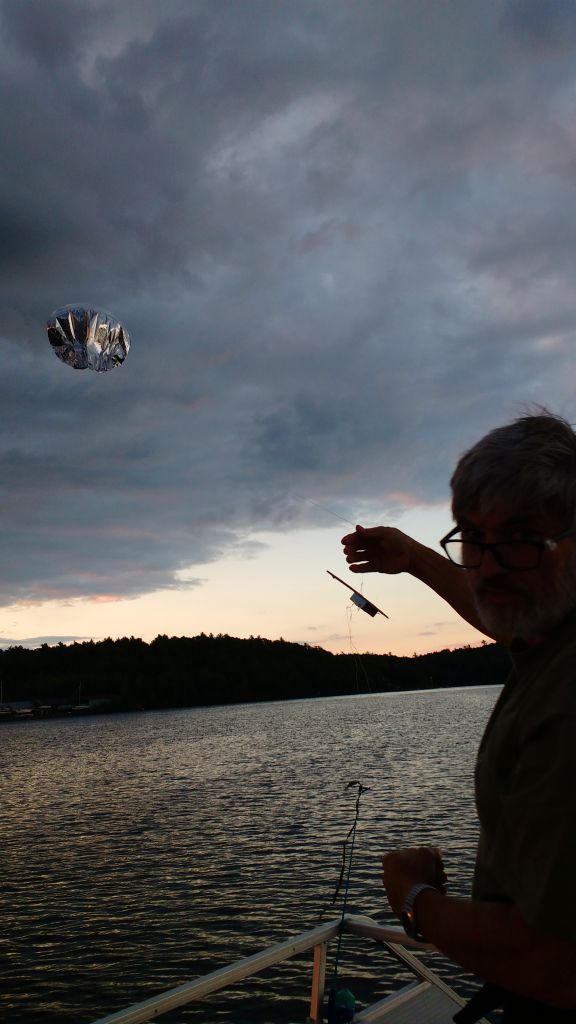 Dave was on holiday at the time but didn't let that stop his ballooning activities! In fact some of the balloons were launched at sunrise from a boat on the lake! This is a new twist to the balloon story! The boat was steered at a direction and speed to match the wind, so that balloon launching was (theoretically) easier.

The Stella1 balloon was launched from Germany by Daniel DL6OW (and friends) on 30th July, with an Ultimate3S transmitter on board. It flew for 7 hours, reaching 8700m altitude and covering 181km. The flight was short due to a balloon burst. Nevertheless it was a great first flight by DL6OW and I am sure we will see more from Daniel and his friends in the near future! See http://www.qrp-labs.com/flights/stella1.html for more details. Daniel is the guy in the middle of this team photo! Ralph W0RPK kindly provided a set of data he has been collecting on circumnavigation (round the world) flights by amateur balloons. To date there have been only 10 circumnavigation flights, the 10th being Dave VE3KCL's QRP Labs S-11 flight. These flights are operated by people such as Dave VE3KCL whose perseverance and determination eventually allowed them to pull off this ultimate challenge of high altitude ballooning! Now these achievements are all collected together, thanks to Ralph W0RPK's support, and available on this new page at QRP Labs, The Circumnavigators http://www.qrp-labs.com/circumnavigators.html

Meanwhile, not a balloon, but related... Bob ZL1RS' OceanFloater buoy with QRP Labs Ultimate3S kit onboard, is still going strong in the South Pacific, after 98 days at sea! See http://qsl.net/zl1rs/oceanfloater.html

So, six Grandchildren built six clock kits. The clock kit is supplied with a 16 x 2 LCD as the display, but is also compatible with other LCDs using the standard Hitachi display chip. So the projects used a 4-line display so that they could display additional information such as from the GPS receiver. The clock kit allows flexible configuration of the information on the display.

What a great idea! Here are some photographs of the summer camp activities! 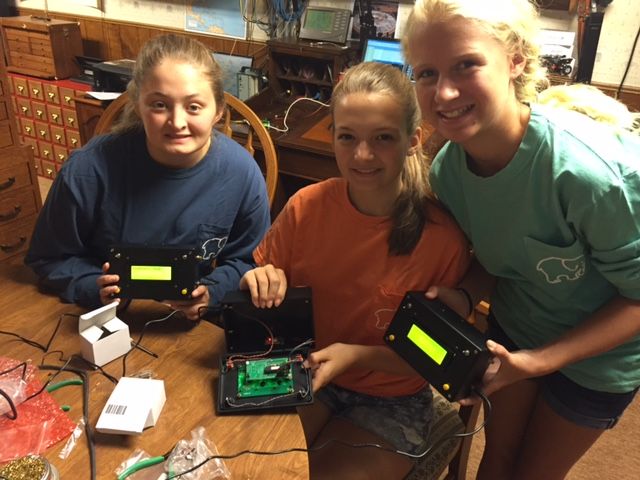 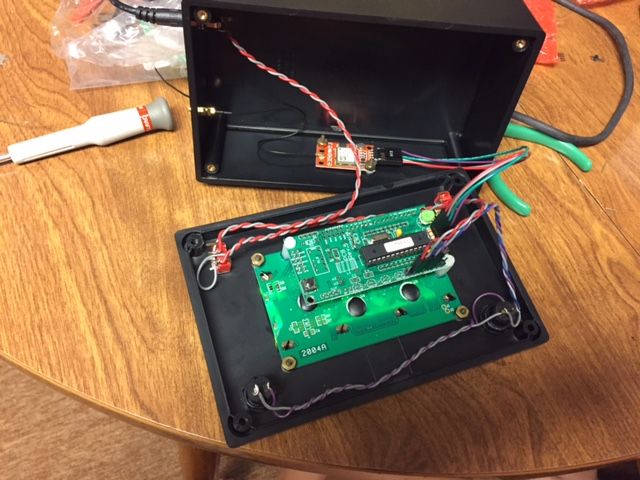