There was no June newsletter at all, we were busy on a lot of other things (not radio related). But things are getting back to normal. Several new kits are in the pipeline and some should be ready soon. Hopefully in the next newsletter I will be able to announce a couple. Meanwhile in this newsletter I have only updates on some interesting things people are doing with their QRP Labs kits!

The VFO/Signal Generator kit provides a rotary-encoder tuned output from 3.5kHz to 200MHz and a fixed (configurable) output on the Si5351A's Clk1 output. With GPS discipline optional, too. See http://qrp-labs.com/vfo . The first batch of 200 of these kits has sold out. The next batch is waiting on supplies of the rotary encoder which are long overdue. As soon as I can get hold of these, the VFO/SigGen kits will be back in stock.

Luci 9A1Z did a great job with an Ultimate3S PI4 beacon. PI4 is just one of the many narrowband/weak signal/beacon modes supported by the U3S kit, see full list at http://qrp-labs.com/ultimate3/u3s . Pictures of Luci's beacon are on the U3 kit builders' photos page http://www.qrp-labs.com/ultimate3/u3builders.html and he has a nice forum post describing the build, see http://www.hrvhf.net/index.php/smfforum/index.php?topic=3133.msg25936#msg25936

Bob ZL1RS launched an Ultimate3S QRSS/WSPR kit in an ocean buoy on 14-May-2016. It was carried out a few hundred km away from the coast onboard the yacht Windflower of the Island Cruising Association http://www.islandcruising.co.nz/ and released on 17-May-2016. 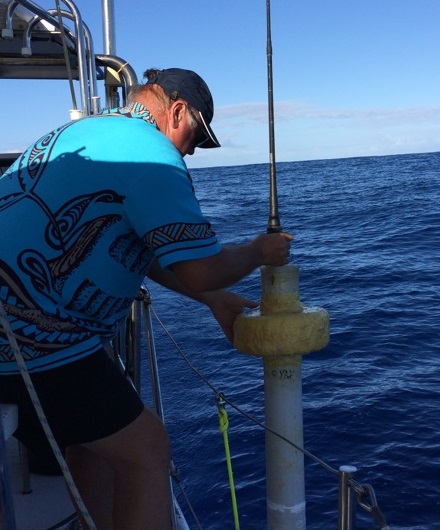 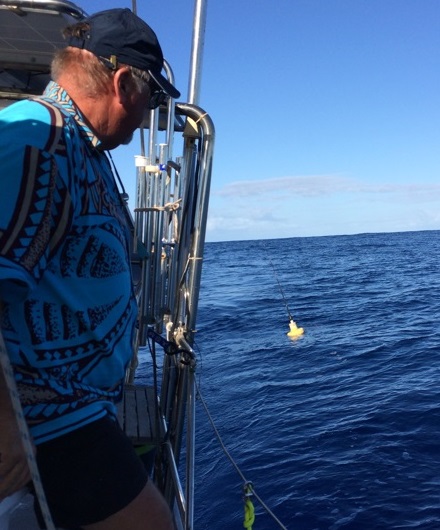 The floater project has been at sea for 50 days now and is still operating well. There are many more months' worth of battery life remaining. More details at http://www.qsl.net/zl1rs/oceanfloater.html

Dave's S11 balloon flight has now been flying for 24 days! It took 20 days to complete it's round-the-world trip, passing quite close by the launch location. Unfortunately the GPS receiver used on this balloon has trouble, it shuts down over 10,000m. This is contrary to the specification and there has been a lot of correspondence with the manufacturer on this topic. The light weight of S11 and 2 hydrogen-filled party balloons means it flies a little over 10,000m. At night it comes down a little and sometimes is still below 10,000m when it wakes up in the morning. In that case we get a position fix. Despite the very infrequent position updates from the onboard GPS it has been a fantastic flight. Currently S11 is flying in Russia. See http://www.qrp-labs.com/ultimate3/ve3kcl-balloons/ve3kcl-s11.html Flight S12 was launched from Toronto on 18-Jun-2016 and flew for 9 days. It had the same defective GPS as S11, but was launched with only 1 party balloon so the altitude was always slightly under 10,000m and received telemetry was excellent. It finally was brought down by a high altitude cloud in Kazakhstan. S12 was the first of Dave's flights to fly through the UK. It made a nice tour of England on 30-Jun-2016 but some people in England were a little pre-occupied with other matters on that day. Full flight details at http://www.qrp-labs.com/ultimate3/ve3kcl-balloons/ve3kcl-s12.html Flight S13 was launched from Toronto on 4-Jul-2016 just as S11 was completing its circumnavigation. The same GPS is used but with a manufacturer-provided firmware update which was supposed to fix the 10,000m problem. Unfortunately it didn't. As soon as S13 exceeded 10,000m (with two party balloons it flies typically over 10,000m) the GPS stopped again. So it's another flight with intermittent position updates. See http://www.qrp-labs.com/ultimate3/ve3kcl-balloons/ve3kcl-s13.html .

Finally - here's a beautiful picture of the S12 launch (right). Who can tell me they wouldn't dream of being the man who just let go of his balloon at sunrise in such a beautiful place, and took that photograph!